Tony Taylor has recently received notification from the BTO of the following control (meaning recapture and release) of a Lundy-ringed Chiffchaff, showing fairly rapid onward movement to the coast of Co. Wexford during spring migration almost exactly a year ago. What's more the bird was actually ringed by a son of the island of Ireland, none other than Lundy's Warden, Dean Jones! 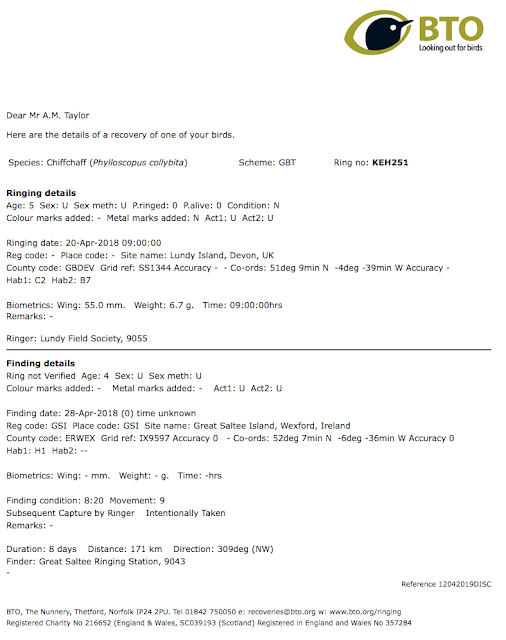 In summary, it was ringed on 20 April and recaptured on Great Saltee, some 171 km NW of Lundy, just over a week later on 28 April. When ringed, examination of the bird's plumage indicated that it had been hatched in 2017, so was undertaking its first spring migration. At 55mm the bird's wing length suggests that it was most likely a female.