Special birdwatchers' day-trip to Lundy on Sunday 10 May

Devon Birds has chartered MS Oldenburg for the Society's annual birdwatchers' day-trip to Lundy on Sunday 10 May, departing Ilfracombe at 8.30am and returning there at approximately 8.30pm.

During the crossing there should be sightings of Manx Shearwaters and auks, with Storm Petrel a distinct possibility.

On the island, enjoy nesting Puffins, Guillemots, Razorbills, Kittiwakes and Shags, along with large numbers of breeding Wheatears, Meadow Pipits and Skylarks, and look out for spring migrants such as warblers, hirundines, Swifts, chats and flycatchers and perhaps the odd rarity... During last year's trip there were sightings of Black Guillemot, Golden Oriole, Short-toed Lark and Turtle Dove and at this time of year anything is possible!

Non-members (and indeed non-birdwatchers!) are welcome. Full details of how to order your tickets – priced at £29 for adults and £16 for accompanied children under the age of 16 – are available here.
Posted by Tim Jones at 12:35 No comments:

We're still waiting for the first Puffin sighting. Especially since Puffins were reported in the Farne Islands in mid-March. Each time that I've been out recently there have been very few seabirds on the cliffs. This is possibly due to the light winds or colds nights before my visits.

I've been trying to get video of my Guillemot provisioning ledge from a distance with a telescope attached to the video camera. At this time of year the birds are too unsettled to allow me to visit as close as I do in the summer. I'm having to video from further away with a longer focal length ~650mm rather than ~200mm to ~300mm. So I need calmer weather to capture video. Unfortunately, this may not be the best conditions for birds to be attending my survey ledges.

After this gales, it looks like there may be a weather window tomorrow morning. I probably won't be able to get any video, but there should be a chance of seeing a Puffin if there are any around. 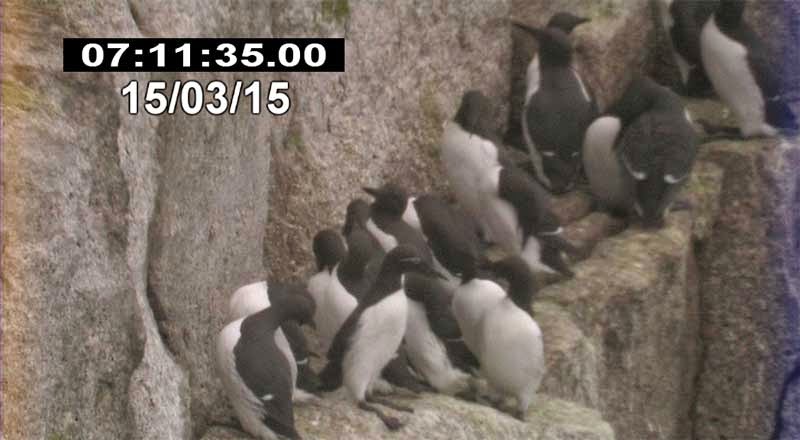 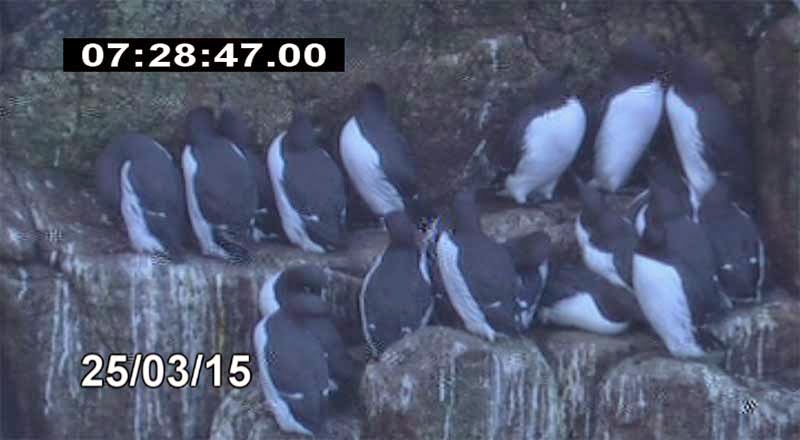 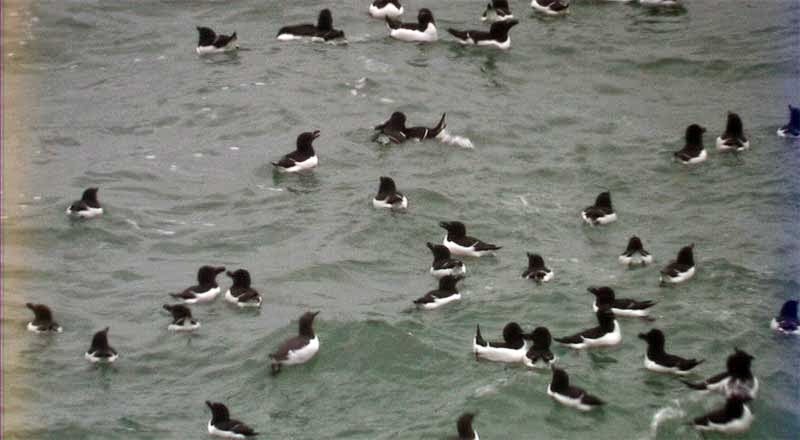 First reported by Kevin Welsh.Feeding in the soft earth around the pond at the back of Barton's Cottages 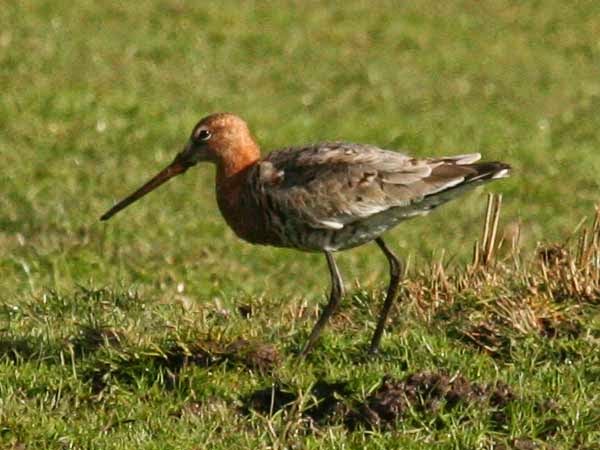 Updates to the book 'The Birds of Lundy'

Readers may be interested to know that all notable updates to the information contained in our 2007 book The Birds of Lundy can now be found at http://www.birdsoflundy.org.uk – the companion site to this blog.

It has long been our intention to provide online updates to The Birds of Lundy and after a hiatus of some years we are pleased to announce that goal has now been realised. We are very grateful for the encouragement and technical support provided by both Chris Dee and Ian Farrell.

The new site provides complete updates (to the end of 2014) covering:
Comments, corrections, and other additional information, including photos from previous years, can be submitted via the 'Contact us' link within the site. We hope you enjoy exploring it.

"The highlight was a Red-throated Diver briefly in the Landing Bay on 4th. Two Great Northern Divers frequently appeared there too, but also went missing at certain times of the day. Up to six Teal (one drake) were at Pondsbury. A female Sparrowhawk was noted on three days and took a Blackbird in Millcombe on 3rd. Just one Water Rail was noted, heard at Pondsbury on 3rd. Up to seven Snipe were between Quarter Wall and Pondsbury. A Stock Dove was flushed from St Helen's Field on 4th. Up to 95 Skylarks were counted feeding among sheep and gulls on the Lighthouse Field and a light passage of Meadow Pipits on 5th totalled 160 birds. A female Black Redstart was at Benjamin's Chair on 2nd, but was not seen again. A pair of Stonechats at Quarterwall on 2nd were joined a by another female on 5th."
Posted by Tim Jones at 17:31 No comments:

Sand Martin on Castle Hill near the stile towards Benjamin's Chair. 4pm, 8th March. Seen by Grant Sherman, Shelley Southon.
Posted by Unknown at 09:33 No comments: 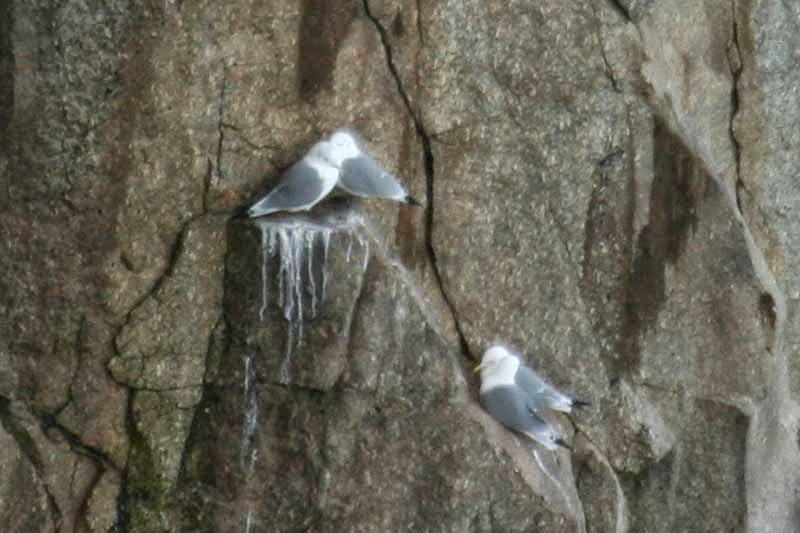 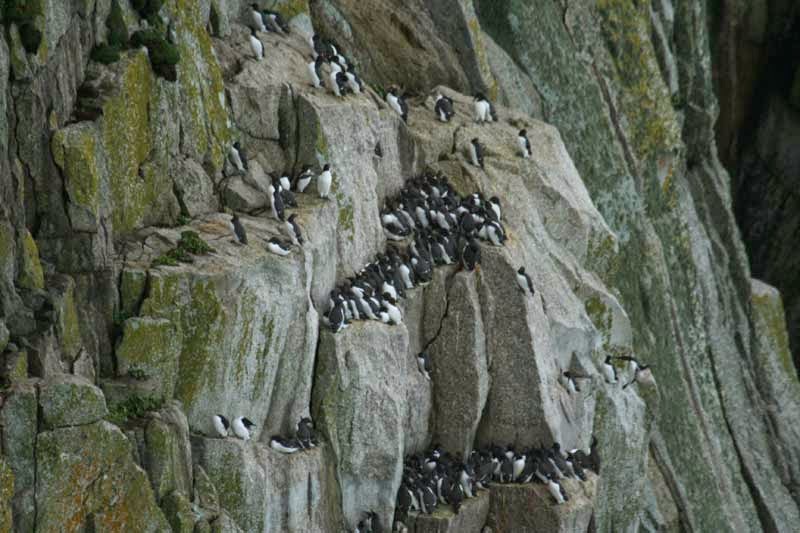