Tuesday 29th April 2014 plus news from earlier in April

The latest news from Richard Campey is that an overcast and windless morning brought with it a fresh arrival of migrants, including a Black Redstart, a Yellow Wagtail, at least two Tree Pipits, a male Reed Bunting at Brambles, and a reeling Grasshopper Warbler and about 30 Willow Warblers and 10 Chiffchaffs in Millcombe, which was "alive with singing Sedge Warblers" – at least 13 counted in the space of a few minutes! Also present were 3 Whimbrels and two Curlews in the Tillage Field.

Recent highlights from the logbook include:

Richard Campey's 'new' species today were Tree Pipit, Lesser Redpoll and, in the Tillage Field, Whimbrel.
Posted by Tim Jones at 21:14 No comments:

After a wet and windy day on Saturday, when a Merlin was the main highlight, Richard Campey says that today (27th) was an improvement weather-wise with a nice evening, but still quiet. The most interesting sightings were a Great Northern Diver in the Landing Bay, 3 Golden Plovers, a Jackdaw (rare on Lundy), a White Wagtail, a Common Whitethroat and about 30 Willow Warblers. Merlin still present.
Posted by Tim Jones at 19:34 No comments:

Richard Campey reports a glorious morning with a gentle southerly that brought a "stonking male Marsh Harrier over the Rocket Pole", mobbed by a Raven, high up, as the harrier drifted north.

Later in the day, Richard sent through the following update:

Plus "Late in the afternoon I had a male Hen Harrier being mobbed again by a Raven over the stonecrusher. Floated off north west".
Posted by Tim Jones at 11:25 1 comment:

Richard Campey arrived on the island today and reports a Siskin in Millcombe, four Golden Plovers over the Airfield, a Grasshopper Warbler at Pondsbury and a Sparrowhawk along the Terrace, as the highlights of his first afternoon.
Posted by Tim Jones at 21:04 No comments:

I was a bit late this year - the first Lundy puffins were seen almost a month ago. 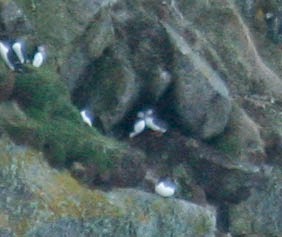 Eight puffins on the land at Jenny's Cove this morning.

Yesterday was a great day with the successful release of three puffins at Gannet's Bay which were rescued from the winter storms and nursed back to health at the RSPCA West Hatch centre near Taunton.

The other highlight for me was seeing two Sandwich Terns feeding in the Landing Bay just before leaving on the return to Bideford. 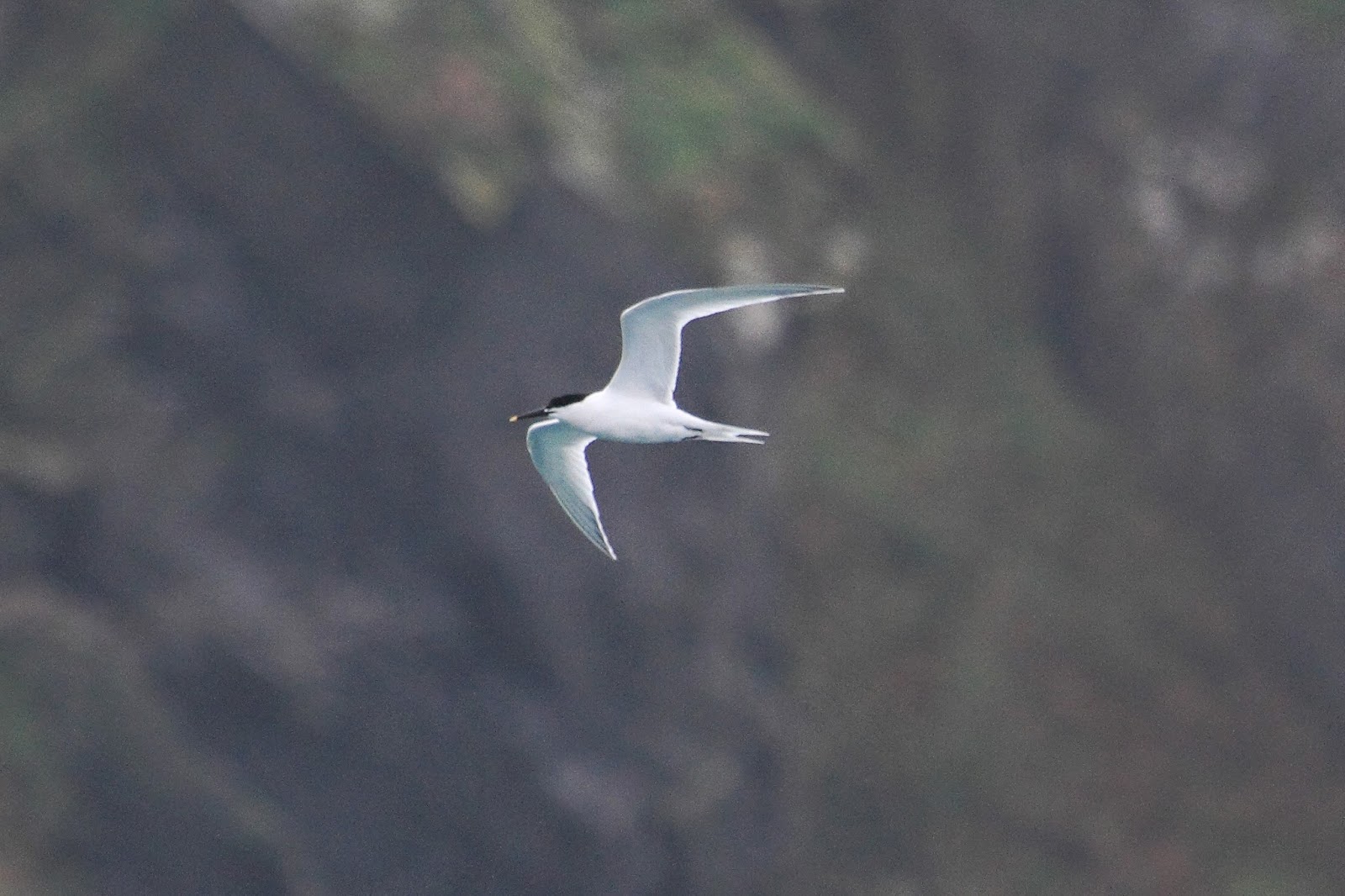