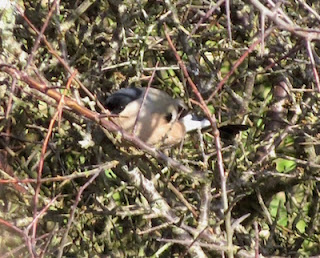 Birds seen during the late-afternoon crossing back to Ilfracombe included a single Manx Shearwater, 5 Common Gulls, and a few Fulmars, Gannets, Kittiwakes and auks. A Sandwich Tern was flying around Ilfracombe harbour to greet disembarking passengers, just as the rain began to fall in earnest...
Posted by Tim Jones at 09:13