Here are a couple of shots (without flash) of the presumed Hoopoe leg and body feathers found in upper Millcombe on Saturday 18th April. One photo au naturel, the other alongside an imperial and metric scale (all mod cons here). Note the feather in the centre of the shots tinged with salmon pink, and similar – though slightly darker – fringes to the feathering above the tarsal joint. Comparison of the leg size and structure with published images and measurements seems consistent with the initial ID, but it would be good to get feedback from anyone experienced in handling Hoopoes, or who perhaps has access to museum skins. It would be equally interesting to hear from anybody who thinks these are NOT Hoopoe remains... 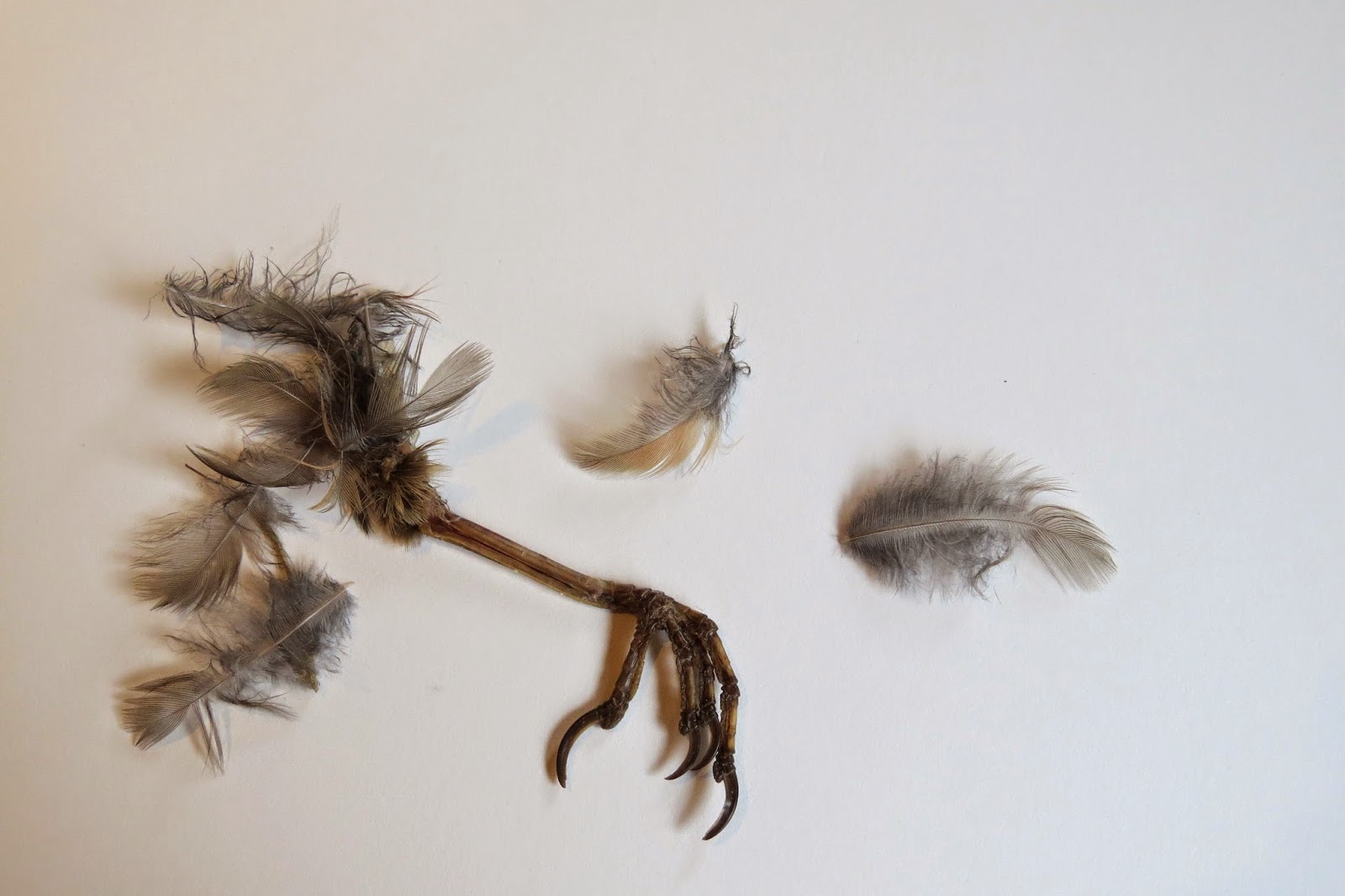 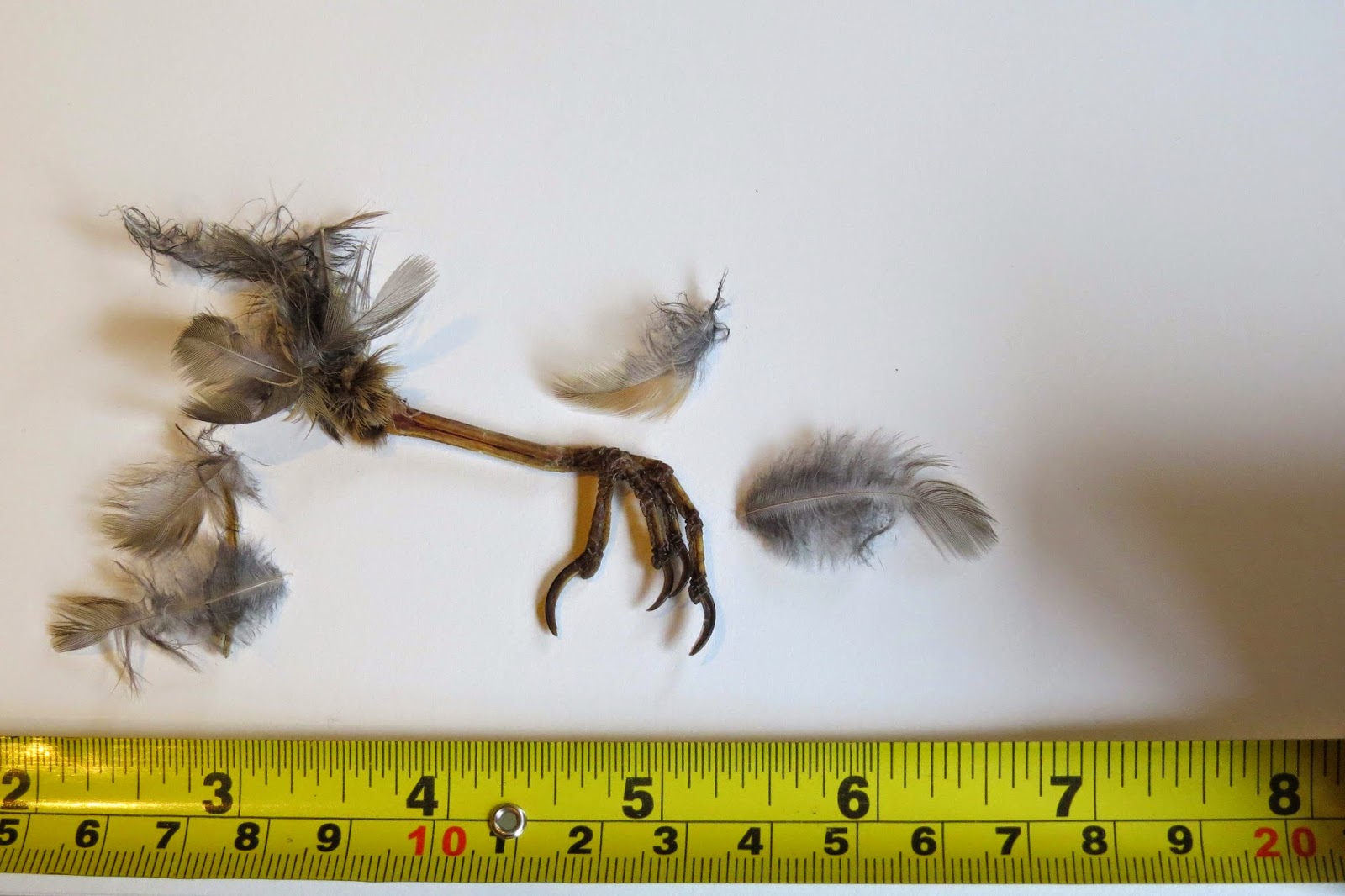 Update: Feedback so far suggests that it is not a Hoopoe leg, but rather that of a Redwing, which would certainly explain the presence of the pinkish-looking feather. It has also been suggested that the leg is too thin to be that of a Hoopoe and is in fact much more thrush like. The feathering at the top of a Hoopoe's leg would also be very pale or whitish; not the dark feathering seen here. Circumstantially, a Redwing was seen close to where the remains were found, on 15th April...
Posted by Tim Jones at 10:44