We interrupt this autumn's news to bring you a long-overdue post (mea culpa) telling the story of a remarkable sighting from the spring.

At 14.10hrs on 15th April Martyn Roper and Joshua Harris were walking – quite independently of each another – along the West Side when a kite flew in from the south between Shutter Point and Goat Island, where it was seen by Martyn. It was mobbed by a Raven and continued flying north, just offshore, towards the Battery, where Joshua saw it turn inland and head north-east over the plateau and out of sight. Although the light was tricky (looking into the sun) both Martyn and Joshua were able to take multiple photographs. Because of the difficult conditions, neither observer was 100% confident about the species of kite involved and several of those (including the writer of this blog post) who first saw Joshua's series of photos below (© Joshua Harris), erred towards Red Kite before having second thoughts. However, when Mike Langman saw the images he pointed out that in spite of the apparently extensive pale areas on the bird's underside, there are six primary tips or 'fingers' visible on each wing in several of the heavily cropped photos, thereby clinching the identification as Black Kite. [Text continues below images.]

In the meantime, Martyn submitted his much higher resolution images to Birdwatch magazine, which featured them in the 'Q&A' section of its June edition. Renowned raptor expert Dick Forsman confirmed that the bird was indeed an adult Black Kite. Below are Martyn's uncropped photos (re-saved at medium resolution; the originals are very high resolution, which enables even more detail to be seen; © Martyn Roper) and a scan of the published commentary (© Birdwatch magazine). As pointed out in the article, this story shows the value of record shots, even when they are distant or low-resolution and the challenges that can be involved in pinning down the final ID of something as superficially big and 'obvious' as a kite. Congratulations to both Joshua and Martyn for their find, which, though formally subject to acceptance by Devon Birds Records Committee, constitutes the fifth for Lundy, the last being on 27th April 2010. 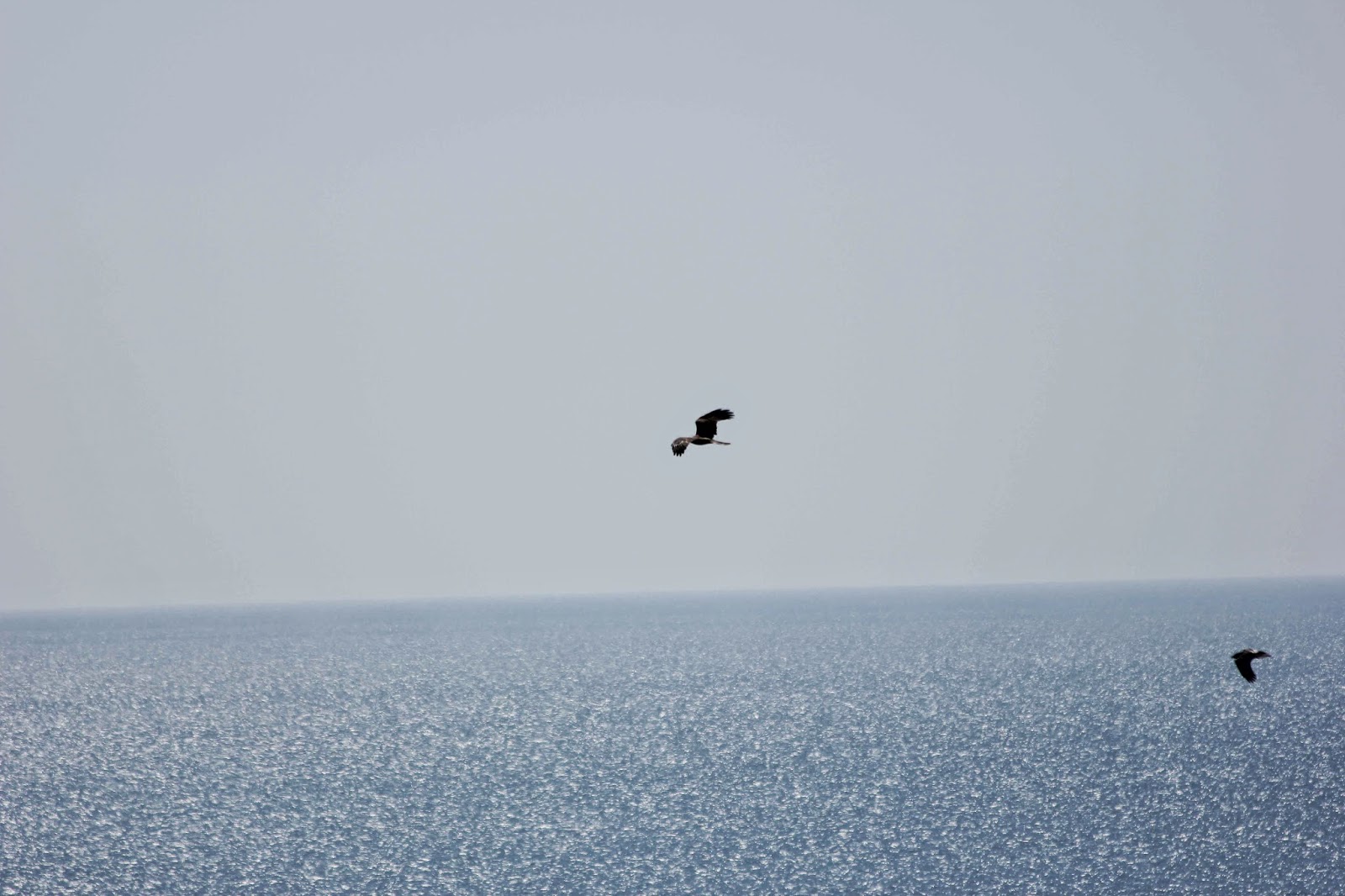 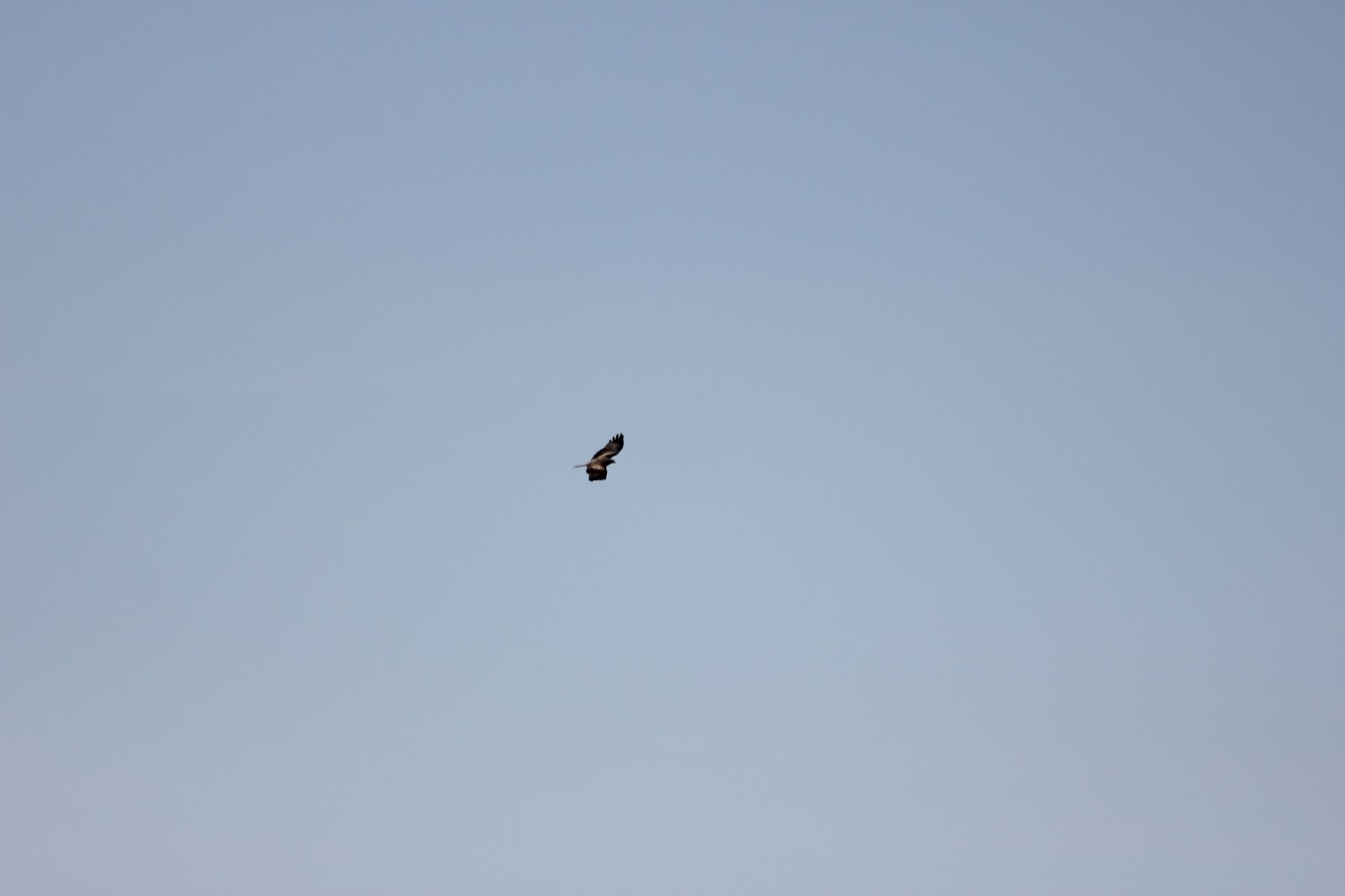 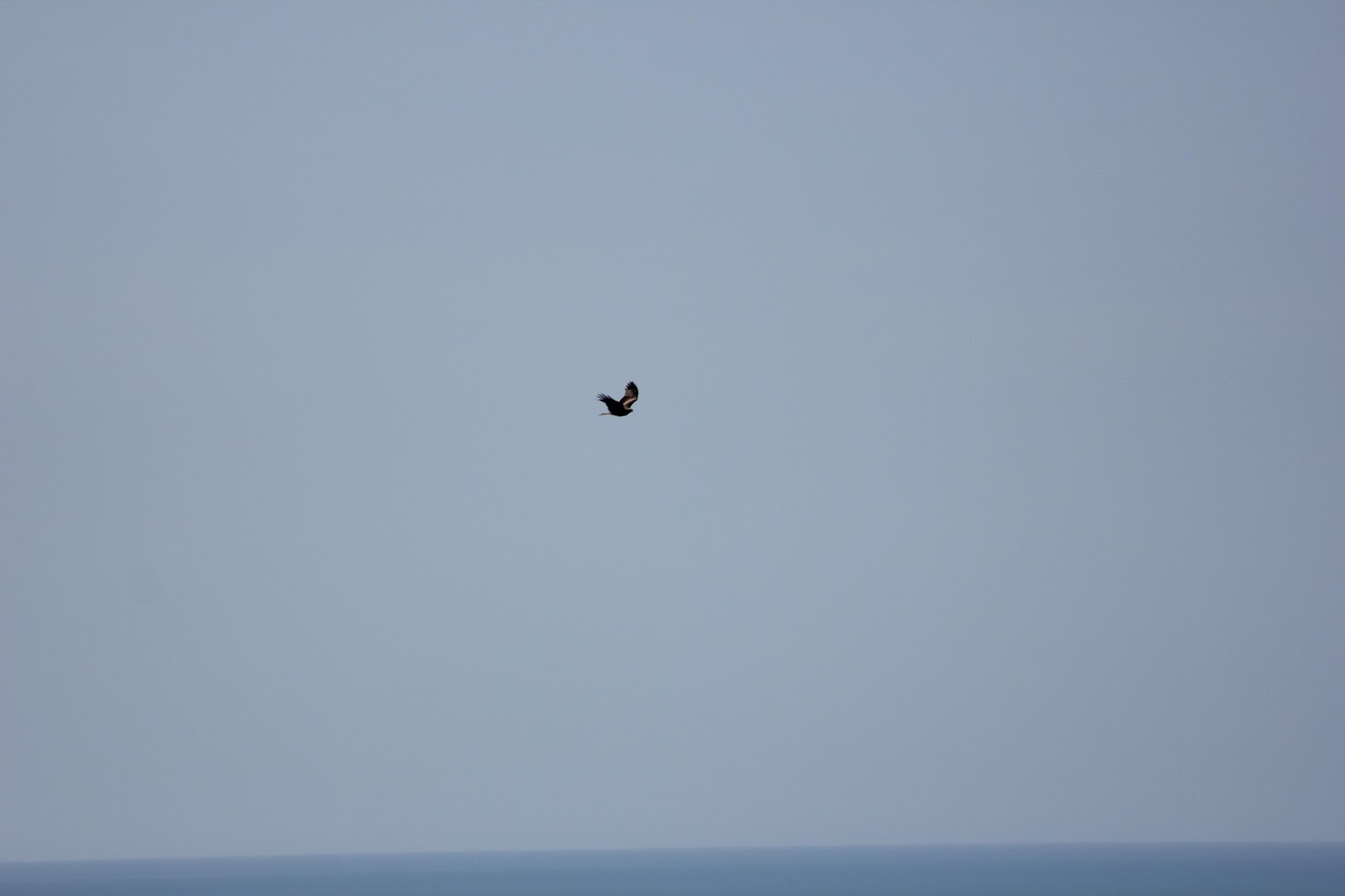 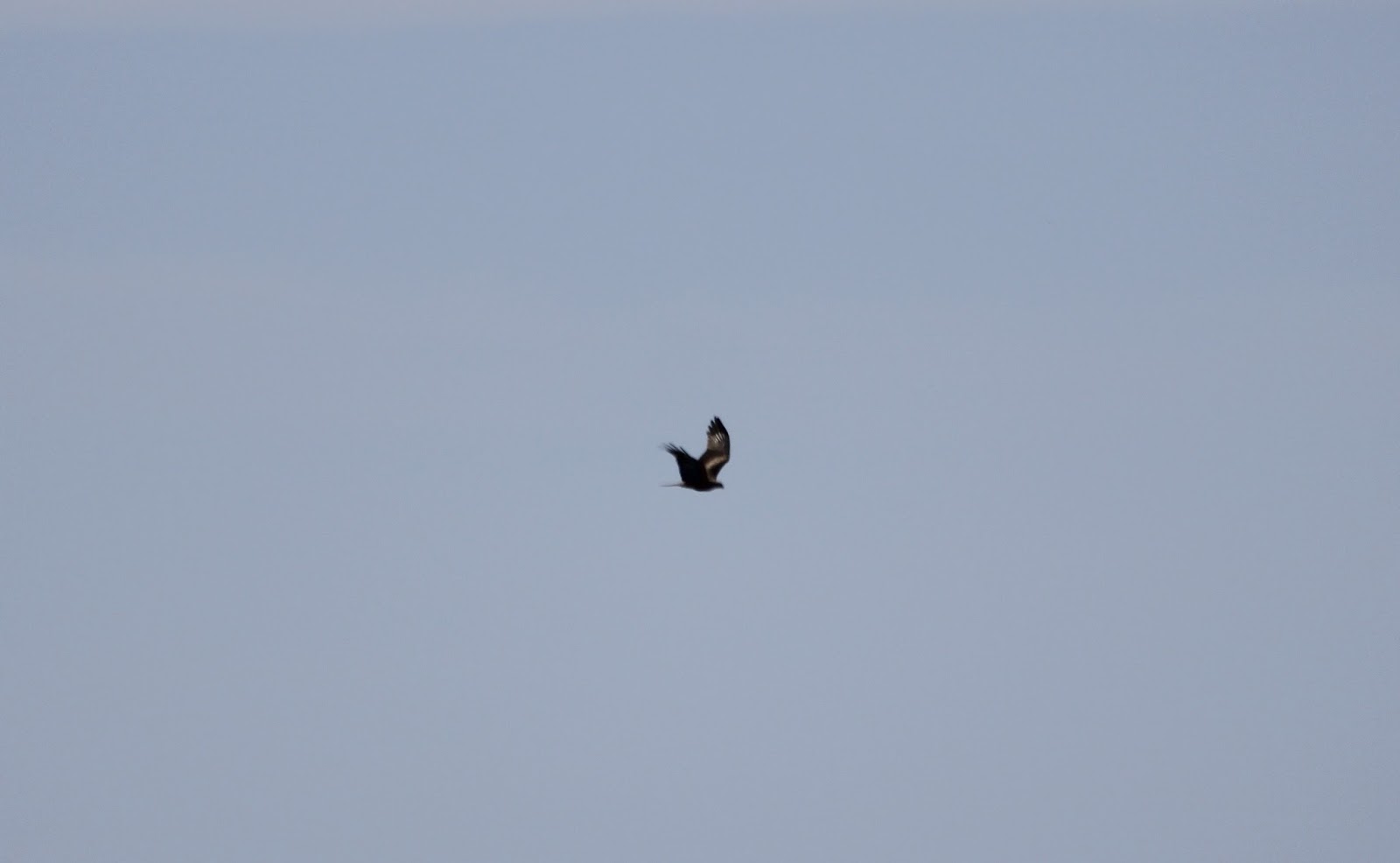 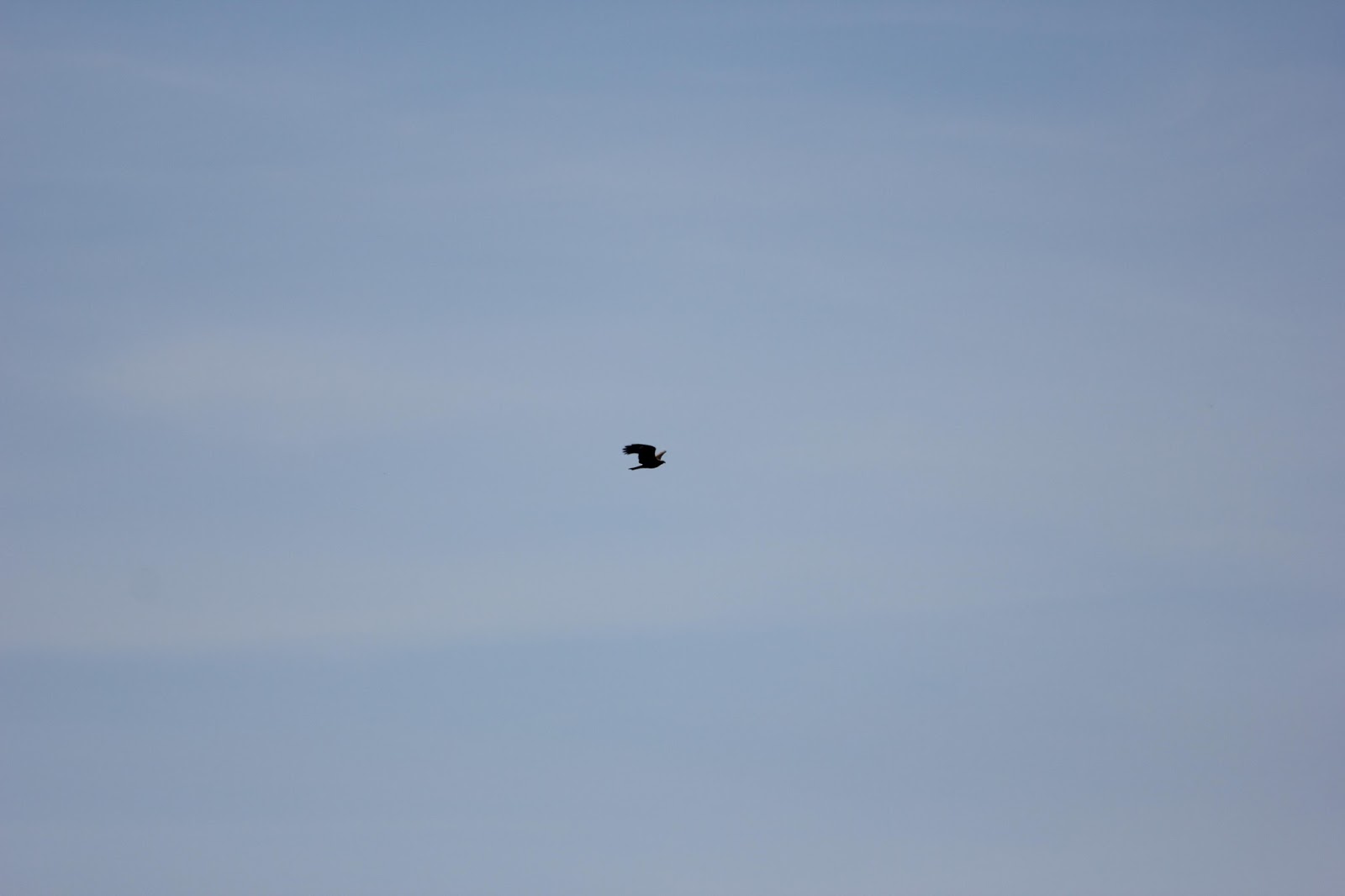 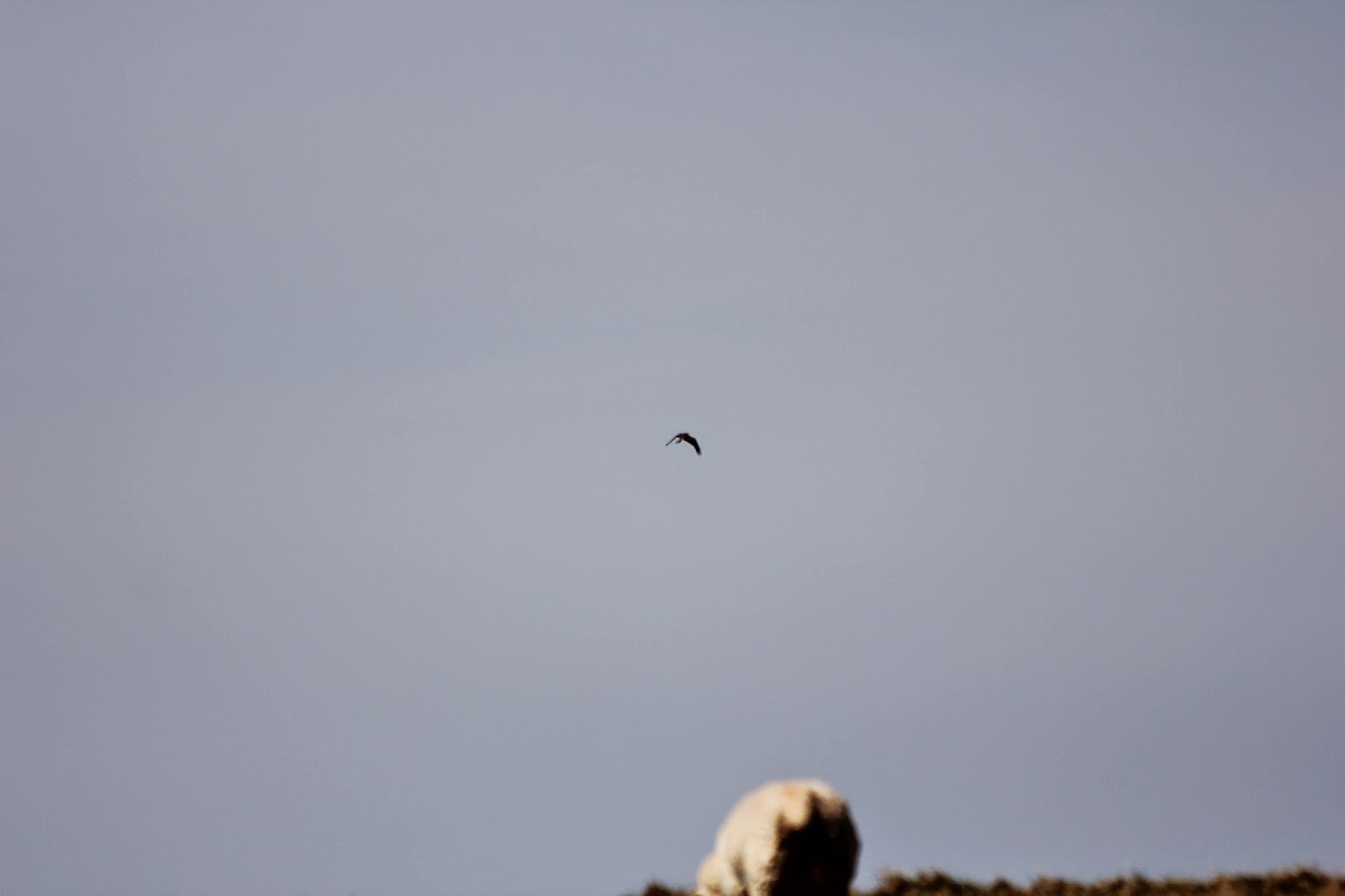 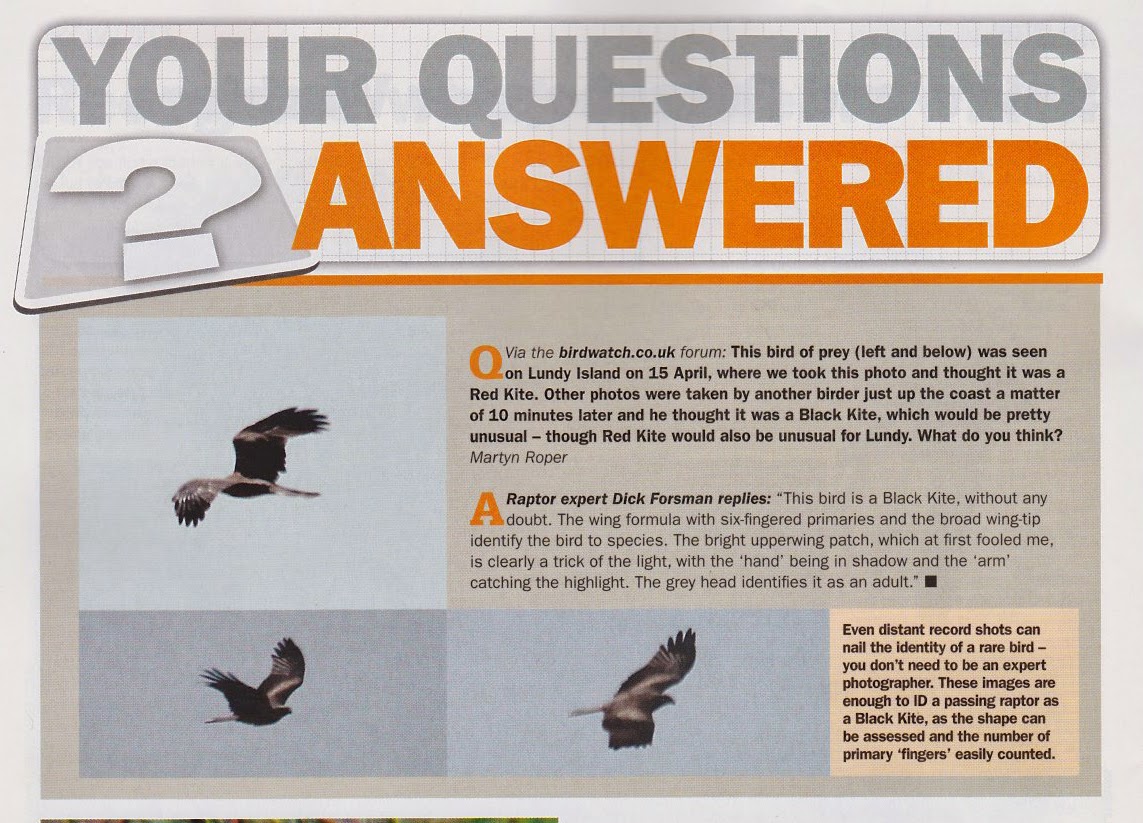